National Children’s (and Pet’s) Dental Health Month
"You ate what?": Healthy and Unhealthy Foods for Your Pet 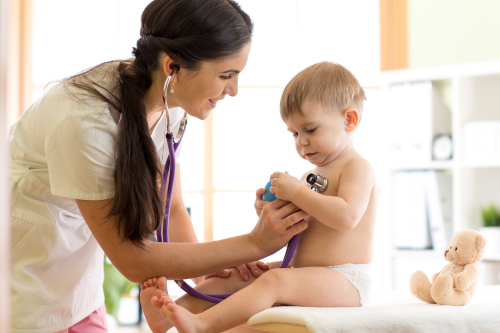 This March, people across the nation will celebrate Women’s History Month- a month long holiday celebrating the achievements and contributions of women throughout history across nearly every industry. One does not have to look far to see the influence women have had in medicine, politics, technology, literature and nearly every industry or aspect of society. This month is a time of reflection as much as it is an opportunity to look beyond the glass ceiling and into the future for women. Take a look at our short list of inspirational women who made an impact in the medical field:

Dr. Elizabeth Blackwell is well known in the medical community as the first woman to earn a medical degree.1 She was born near Bristol, England in 1821 and brought to the U.S. in 1832 with her family. After her father’s death, her family struggled to make ends meet as her mother and two sisters worked in teaching- a mostly female-driven career.  However, Blackwell decided to pursue medicine, which was not a common area of practice for a woman. She faced hardship and discrimination in her pursuit of her education, but achieved her goal after graduating from Geneva Medical College in Geneva, New York. Despite much opposition, she graduated with her degree in 1849 and went on to continue her training abroad in hospitals in London and Paris.  During this time she pushed the now arguably commonplace ideas of preventative care and proper hygiene for doctors who were easily spreading illness by not properly washing in between patients.1

She returned to New York City in 1851 and, despite facing much gender discrimination, opened a clinic to treat impoverished women. Later, she opened the New York Infirmary for Women and Children with her sister, Dr. Emily Blackwell, and Dr. Marie Zakrzewska.1 In 1868, Blackwell further continued to open the door for women in medicine by founding her own medical college for women in New York City. In 1875, Blackwell returned to London, serving as a professor of gynecology at the London School of Medicine, and helped to found the National Health Society.

To learn more about Dr. Blackwell, read this article here.1

2) Clara Barton- The founder of the American Red Cross

In 1881, 60-year-old Clarissa “Clara” Harlowe Barton founded the American Red Cross2- an organization that to this day provides life saving supplies and valuable volunteer opportunities across the nation.  Barton had been working in the Washington D.C. U.S. Patent Office at the time when the Civil War broke out. She earned the nickname “Angel of the Battlefield”, by going in person to the battlefields and assisting the wounded Union soldiers with cooking and nursing their injuries. It was after the war that Barton became aware of the international Red Cross network,  which “called for international agreements to protect the sick and wounded during wartime and for the formation of national societies to give aid voluntarily on a neutral basis.”2  With the help of her network, Barton founded the American chapter of the Red Cross. Though she passed away in 1912, having served for 23 years as the organization’s president, her memory and influence lives on through the Red Cross and the humanitarian mission is continues to serve.

To learn more about Clara Barton, check out this page from the American Red Cross here.2

Dr. Helen B. Taussig is considered the a key player in the founding of pediatric cardiology as a medical specialty.3  She best known in the medical community as a co-developer of the Blalock-Taussig procedure3, which is more commonly known as "blue baby operation."3 This particular procedure corrects the congenital heart defect that causes tetralogy of Fallot, otherwise known as "blue baby syndrome."4 Suffering from her own health-related concerns, including dyslexia and deafness, Taussig was accepted to John’s Hopkins University School of Medicine and eventually became the first woman to hold a full professorship there. Additionally she also become the first female president of the American Heart Association and actively pursued her research until her passing in 1986.3 Today, Taussig is recognized foremost for having saved numerous children’s lives through her work.

To learn more about Dr. Taussig, check out this article here.3

4) Dr. Leila Denmark – The pioneer for the Whooping Cough vaccine

Dr. Leila Denmark is known as a pioneer for the whooping cough vaccine and as one of the first female pediatricians in Atlanta, Georgia. After earning an undergraduate degree from Tift College and teaching high school students for two years, Denmark made a life changing career switch. Denmark went  on to study medicine at the Medical College of Georgia, wherein she was the only woman in her class and only the third woman to graduate from there with a doctor of medicine degree.5  She opened her private pediatric practice in Atlanta in 1931, a year before a whopping cough epidemic came through her area. She studied this disease, and it was her research that lead to the development of the whooping cough vaccine.  To emphasize her dedication to her patients, Denmark ran her practice out of an old farmhouse, keeping patient costs even further down by not even hiring a receptionist.5

Dr. Denmark was considered the oldest practicing physicians until her retirement in 2001 at the age of 103. This means that she practiced medicine for a total of 74 years, emphasizing her dedication to pediatric medicine and her impact on the medical community.5 To learn more about Dr. Denmark, click here.

Dr. Natalia Tanner is esteemed as the first African American fellow of the American Academy of Pediatrics among her many other accomplishments breaking through the gender and racial barriers in the medical industry. She earned her medical degree from Meharry Medical College in Nashville, Tennessee.6 After completing her residency and training in New York City and Chicago, Tanner and her husband moved to Detroit, Michigan. Despite racial and gender discrimination, Tanner went on to become the  first African American board certified pediatrician in Detroit.6 In 1983, Tanner became the first African American and the first woman to ever serve as the president of the Michigan Chapter of the American Academy of Pediatrics.6 Tanner sought to improve children’s access to proper health care and so established a liason committee among three different organizations all working toward that same goal- the Society for Adolescent Medicine (SAM), the National Committee on Adolescence for the American Academy of Pediatrics (AAP), and the pediatric section of the National Medical Association (NMA).6 Tanner practiced medicine into her 70s and taught as a clinical professor in Wayne State University’s pediatric department.

This list is only a small sample of the countless influential women who have helped to shape healthcare in America and advance women’s place in the medical field.  Join the discussion with us on Facebook, Twitter and this blog as the nation both celebrates and champions women.