« Where it began, where it continues: 242 Years of Celebrating July 4th in Philadelphia | Main | When Should I Reevaluate My Life Insurance Portfolio? » 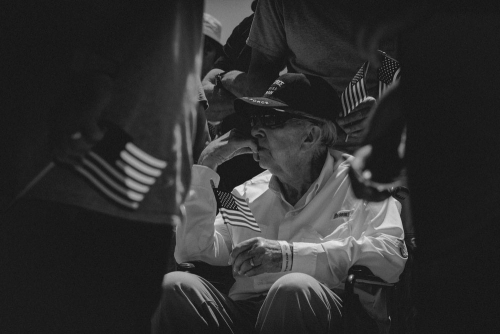 It should go without saying that serving in our country’s armed forces is no easy task. Not everyone can answer the call of such selfless service and those who do should be held in high regard by the people whose freedom they protect. Unfortunately, criminals have little trouble scamming our nation’s service members to steal their money, identities, and more. Even worse, military impersonation fraud is on the rise because their unique circumstances can make them vulnerable.

There are a wide variety of scam threats facing active–duty military and veterans, both directly targeting service people and impersonating them:

A common phishing scam claims a service member hasn’t paid an important bill, such as a car payment or mortgage, designed to trigger a desire to pay quickly since their lending institution is may be difficult to contact due to a time difference. Being told to verify their account information or risk losing access to a credit card while on deployment might lead them to divulge sensitive information to an identity thief. In order to avoid this, it’s important to verify the supposed charges, even if that means waiting until it’s possible to contact the company. If there are penalties from waiting, it’s important to explain deployment status.

Experts warn that the only way to be certain that the sale is not a scam is to insist on seeing the property or item in person and making payment arrangements after viewing.

Many veteran scams use  similar messaging as those targeted at active duty military personnel. Fraudulent emails, phone calls, text messages, social media messages, or postal mail originate from a spoofed or non-existent company, asking the victim to verify their personally identifying information or to make a payment. Veterans and service members can reduce their risk by refusing to verify personal information when contacted directly, refusing to make payment over the phone without contacting the company directly, and never buying a prepaid debit card or gift card to make payment.

Some scams fraudulently utilize military personnel or veterans identities as the tool to commit fraud, creating victims on both sides of the scenario. Defending against charges of fraud can leave lasting damage for those affected. Common types of military impersonation fraud include:

In a twist, one service member learned a stomach-churning truth: his name and photographs had been used by scammers to create hundreds of social media accounts with the purpose of scamming women out of money. He discovered the situation when women began contacting him, claiming to be in a relationship, and demanding repayment of their money.

Stealing items or money from a foreign country is a crime, and if the email recipient does help, they would be considered complicit. Scammers often claim that the theft is a patriotic duty, and if not completed, the enemy would further harm U.S. soldiers. If a soldier’s name is ever mentioned in a scam, law enforcement should be contacted so they can help take the appropriate action.

Before deployment, service members should contact their financial institutions as well as any other businesses with which they regularly do business to notify them of their scheduled deployment dates. If you or a loved one needs further assistance, contact the branch’s Criminal Investigation Unit, of the Department of Veterans Affairs Office of Inspector General. Also, consider purchasing identity theft protection to monitor your information in places that you cannot, such as the dark web where stolen information is bought and sold.

For more information about identity protection from your Alumni Association available through The Alumni Insurance Program, click here.

Posted at 10:28 AM in Identity Theft | Permalink