THE CALL’S COMING FROM INSIDE THE HOUSE? – THE NEIGHBOR SPOOFING PHONE SCAM 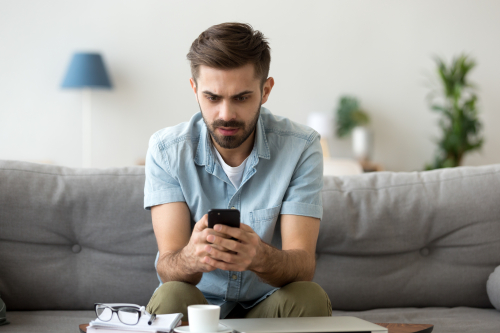 Have you noticed more and more calls coming from familiar numbers? You’re not the only one. “Neighbor spoofing” is one of the newest – and more frustrating – methods employed by scammers to elicit information that can be used fraudulently. And, according to the FCC, it’s on the rise.

Robocallers and other cheap, accessible technology such as Voice over Internet Protocols (VoIP) alter the number that appears on your caller ID, displaying a phone number that often has the same area code and first three digits as your own. The idea is that these numbers could be calls from a neighbor, friend, local business, or school, and the target will be more likely to pick up.

Neighbor spoofing is prohibited under the Truth of Caller ID Act, and late last year the FCC allowed phone carriers to block spoofed numbers they have identified invalid or unable to send calls. However, the problem continues to grow. The number of automated calls topped over 30 billion last year, about 30 – 40% of which are likely scams.

The value of this technique for scammers can be two fold. When you pickup, the robocaller identifies your phone line as active. Your phone number can then be packaged with other active phone lines and sold to a new set of scammers to be used in future fraud attempts. Additionally, any number of phone scams might be deployed to access your personal identifiable information (PII) by identity thieves in an attempt to access your bank account, apply for new loans, or file a tax return on your behalf. These efforts tend to be most successful among seniors who are more sympathetic to phone callers. But, the constantly evolving scam tactics means that it’s important for everyone to be vigilant.

It may be not be possible to completely stop spoofed telephone calls, but there are a few ways to attempt to slow their progress and avoid future scams:

Neighbor spoofing may be more of a nuisance if you don’t answer, but all it takes is once.

For more information about how The Alumni Insurance Program can help keep your personal data safe, visit www.TheAIP.com.

Posted at 10:44 AM in Identity Theft | Permalink