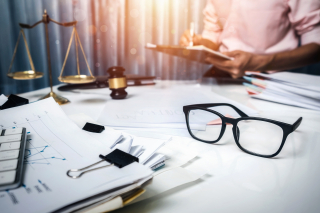 The recent Appellate Court decision stems from Placeres’ inability to satisfy the legal malpractice judgment and Plaintiff’s attempt to enforce it. Plaintiff moved for an order directing Placeres to turn over or assign the cause of action for malpractice that Placeres had against his attorneys. The Civil Court of New York County granted Plaintiff’s motion to the extent that “any and all rights to any prospective cause of action arising from the professional negligence and/or legal malpractice of defendant’s attorneys in the scope of their representation in this action is hereby immediately assigned to plaintiff.” Borges v. Placeres, 60 Misc. 3d 1033, 1043 (Civ Ct, NY County 2018). The Civil Court stated that Placeres’ argument that assignment is barred by judicial estoppel was not at issue. The court stated that the only issue was the assignability, not vitality, of the potential malpractice cause of action. Placeres appealed this decision.

The First Department reversed the Civil Court’s decision. The First Department concluded that Plaintiff was judicially estoppel from pursuing any assigned legal malpractice cause of action that Placeres has against his litigation counsel. The court also noted the particular facts of this case presented significant public policy implications.

The First Department held that the doctrine of judicial estoppel barred Plaintiff from arguing fundamentally inconsistent positions merely because his interests have now changed. The court’s decision rested on a specific prima facia element of a legal malpractice claim. A legal malpractice plaintiff must plead and prove that “but for” the attorney’s negligence, the plaintiff would have been successful in the underlying action. See Louzoun v. Kroll Moss & Kroll, LLP, 139 A.D.3d 680 (2d Dept 2016). In the underlying litigation, Plaintiff argued that he suffered grievously from the negligence of Placeres, and that Plaintiff was entitled to pain and suffering damages as a result. Essentially, if Plaintiff were to bring the assigned claim, he would need to prove that but for Placeres’ attorney’s error in failing to object to the pain and suffering, Plaintiff was not entitled to the $900,000 damages. This goes against the fundamental principle behind the doctrine of judicial estoppel, to prevent abuse of the judicial system. Allowing an assignment of a legal malpractice claim to an adversary in the underlying action “is contrary to the principle behind [judicial estoppel] that a litigant should not be permitted to lead a court to find a fact one way and then contend in another judicial proceeding the same fact should be found otherwise.” Jose Borges v. Alfred Placeres, 2019 NY Slip Op 29221 (1st Dept. 2019) (citation omitted).

The First Department went even further in outlining why the facts surrounding this particular cause of action rendered it inappropriate for assignment, regardless of Plaintiff’s status as an adversary in the underlying action. The court stated that although New York law generally allows a legal malpractice cause of action to be assigned, the nature of the assignment must be considered. The court distinguished a voluntary assignment from this scenario, where the victim of malpractice had not asserted, and does not want to assert the claim. The court held that given the fiduciary nature of the attorney-client relationship, and an attorney’s duty to their client of undivided loyalty, Placeres’ attorneys would be unable to defend against the legal malpractice allegations without breaching confidentiality. Therefore, an involuntary assignment of a legal malpractice cause of action would go against public policy and should be denied.

The decision in Borges seemingly limits the scope of an attorneys’ exposure to liability in some circumstances, as the decision sets the standard for who can assign a legal malpractice claim. The First Department appears to have eliminated the possibility that a court can assign such an action without the original holder’s consent. Under Borges, the only way a malpractice suit can be brought against an attorney is if the original holder choses to bring the claim himself, or assigns it to someone else, but a claimant/judgment debtor cannot obtain court approval to force assignment of the malpractice claim.

Borges further limits the availability of assigning a legal malpractice cause of action under the theory of judicial estoppel. Whether voluntary or not, a claim for legal malpractice seemingly cannot be assigned to an adversary in the underlying litigation. This limitation should decrease an attorney’s risk of exposure to assigned malpractice claims. When a party is unable to satisfy a judgment against them, their adversary will likely look to other avenues for payment. The Borges decision evidently eliminates the adverse party’s ability to pursue satisfaction of the judgment directly from the at-risk attorney via assignment of the malpractice claim.

This article was prepared by Samantha Panny and Andrew Jones of the New York City-based law firm of Furman Kornfeld & Brennan LLP. Samantha and Andrew are part of a team of 36 lawyers and paralegals devoted to the defense of attorneys and other professionals in malpractice and disciplinary matters, as well as the defense of construction and personal-injury accidents. For more information about the above topic or authors, please visit: www.fkblaw.com.

Posted at 11:06 AM in Professional Liability | Permalink | Comments (0)