How Do I Handle a Claim or Potential Claim Against Me? Top 5 Things to Consider* 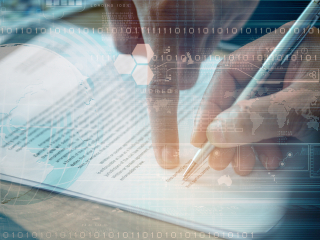 Receiving notice of a professional liability claim can be shocking, daunting, and worrisome.  Familiarizing yourself with the process of responding to Claims and Potential Claims will help make facing them easier, and reduce stress, should they ever materialize.  The following is an explanation and guide for a typical claim process with simple suggestions to spot and timely report matters to your insurance carrier.  This will help you to avoid worrying about lawsuits against you and instead allow you to focus fully on your clients.

Most claims made policies define Claim as “a demand received for money or services.” The policy will typically say in the first paragraph that it provides coverage for a Claim “first made during the policy period” and, in most instances, “reported during the policy period.”  So, it is the making and reporting of a “Claim” that generally “triggers” the coverage available.

Some attorneys do not realize that a Claim therefore does not have to be a lawsuit.  A letter or email from a client accusing you of making a mistake and seeking to hold you responsible can be deemed a Claim.  Even a verbal demand can sometimes qualify.

Many lawyers have difficulty identifying if and when they should give their carrier notice of various “happenings” in their day-to-day professional lives.  Most know to give immediate notice of a lawsuit naming them, but there are less-obvious matters, such as a client or a Court expressing “disappointment” and/or demanding that certain actions be taken. Liability policies typically require that an Insured notify its insurance carrier “immediately” of any “Claim”, so it is important for lawyers to be able to determine when a “Claim” is being made.

Generally, an Insured can turn to her policy for guidance, since most claims made policies provide a definition of a Claim. This is usually along the lines of, “a Claim is any demand for monetary or non-monetary relief”.  If this does not help, or if the policy does not contain a definition, there are some guidelines lawyers can use.

Two overlapping criteria that tend to demonstrate that a Claim exists are: (1) an assertion of legally cognizable damage; and (2) a demand for compensation or redress, which does not necessarily need to be monetary.  It has been held in some Courts that a “Claim” must relate to “an assertion of a legally cognizable damage and had to be the type of demand that could be defended, settled and paid by the insurer.”[1]  The threat of future litigation also typically does not constitute a Claim.  Rather, the threat of litigation is merely notice of a Potential Claim.  In all the above examples, however, you may be required to give prompt notice of “Circumstance”.  See discussion infra.

Conversely, the law generally does not require that a formal lawsuit be filed for a Claim to exist[2]; Courts have interpreted Claims to require more than a request for an explanation or criticism without a demand for compensation, but less than the institution of a formal lawsuit.[3] Thus, where a letter charged an Insured with fraudulent misconduct and breach of lawyers’ duty in connection with flipping real estate and advised that a lawsuit would be filed if the Insured did not comply with a request to compensate the complaining company within ten days, a Court held that this letter did constitute a Claim, as it demanded compensation (and also because it included a draft copy of a complaint demanding damages).[4]  Where clients demand (or Courts Order) uncompensated work by an Insured, that too may be a “Claim” as defined, since it has been held that a “Claim” is simply a demand for something of right, or as due.[5]

b. What Constitutes a “Circumstance”?

Lawyers should also be familiar with another important term: “Circumstance” (or Potential Claim).  Most claims made policies will require lawyers to provide notice of “Potential Claims” or “circumstances that may lead to a Claim” and will typically make providing such notice a condition precedent to receiving coverage.  “Circumstances” can be more difficult to discern than “Claims.”  The standards for reporting circumstances vary among policies and predicting potential future activity can be infuriating.

Courts have utilized varying “objective-subjective approaches” to determining whether lawyers have provided appropriate notice of Potential Claims.  Courts typically seek to understand what a reasonable Insured would have foreseen in like circumstances given the Insured’s knowledge at the time.[6]  Whether someone in the same position as the Insured would reasonably have believed that the circumstance would not amount to a “Claim” and therefore did not need to be reported is typically a fact-sensitive inquiry.[7]  Lawyers should attempt to avoid such factual inquiries considering the potential adverse consequences associated with a finding of ‘late notice’ or ‘prior knowledge’ (the latter being the failure to provide adequate notice of a circumstance in a policy application).  The consequences can range from having to provide further explanation, to potentially the complete denial of coverage.  Avoiding factual disputes can be done: (1) by erring on the side of caution; and (2) seeking assistance whenever an Insured is uncertain.

In sum, there is no one-size-fits-all answer to the question, “What constitutes a claim or a circumstance?”  The Courts have provided some guidelines for situations in which the answer to the question seems uncertain.  It is paramount that lawyers read and understand the notification provisions of their policies and appreciate when they should report certain matters.  In the event of any uncertainty as to whether a particular matter, happening, development, concern, should be reported, lawyers would be well advised to seek guidance.

In view of the above, it is advisable that immediate notice be provided to one’s insurer in the event of a Claim or Potential Claim.  Doing so will divest the Insured of his or her notice responsibility.  The insurer will usually employ its own lawyer - “coverage counsel” - to handle the Claim and among other things, investigate whether the Insured possibly had undisclosed “prior knowledge” of the Claim for which the lawyer now seeks coverage.  The insurer or its appointed representative will likely have a preliminary conversation with the insured lawyer reporting the Claim, ask to review the documents/pleadings involved in the Claim, and review the Insured’s policy application to confirm whether the Claim was previously disclosed, etc.  It is a condition of the policy to comply with these requests for information.  The process need not be difficult or arduous and is described further below.

There are multiple reasons why an insured lawyer may not have previously disclosed his or her prior knowledge of the Claim at issue in the insurance application.  Some of these reasons include:

Coverage counsel may explore any of the foregoing possibilities to determine whether or not the insured lawyer had prior knowledge of the Claim.  The investigation may include a review of the insured lawyers’ file, interviews, and research into the lawyers’ background and prior insurance policies.

b. The “Reasonableness” Test

Once the coverage investigation is complete, the insurer employs a test for determining whether a policy’s notice provision has been triggered, i.e., “whether the circumstances known to the Insured at that time would have suggested to a reasonable person the possibility” that a claim would be made.  See Security Mut. Ins. Co. v. Acker-Fitzsimmons, Co., 31 N.Y.2d 436, 340 N.Y.S.2d 902 (1972).[9]  The Insured bears the burden of proving the reasonableness of his excuse, which must be reasonable under all the circumstances.  See Security Mut. at 443; Sirignano v. Chicago Ins. Co, supra.

Should the insurer determine that the Insured lawyer had prior undisclosed knowledge of the Claim, coverage for that Claim is typically denied.  However, the policy generally remains in effect for its term.[10]  The insurer may commence a declaratory judgment action, requesting that the Court declare that the policy is not triggered in light of the Insured’s prior knowledge of the Claim, and on grounds of misrepresentation.  If the insurer is successful, the Insured bears uninsured exposure, which, depending on the nature of the plaintiff’s damages, could be devastating to the lawyer.  It is therefore extremely important that the lawyers seeking LPL coverage disclose any prior knowledge of Claims or Potential Claims on the insurance application to avoid the potential loss of coverage.

Receiving a Claim or a complaint is stressful and can create feelings of fear, anger, resentment, wishing for retribution, confusion, alarm, uncertainty – or all of the above.  Those are neither pleasant nor productive circumstances for making smart decisions.  You want to proceed in a way that is smart, considered, and best protects you - and your client.  There are a few “bright line” rules that will lead you to calmer waters upon which to make the right moves:

Allegations of negligence or wrongdoing can be asserted at any time, even – and often – without grounds.  While this is alarming, you should be focused on doing your work, not worrying about getting sued.  The above explanation hopefully will help you confidently take the next steps if a Claim or Potential Claim is made or asserted against you.  It provides advice on how to spot and timely report matters to your insurance carrier and gain clarification in situations of uncertainty.  These strategies will become second nature, and part of your routine practice, by employing them over time. You can then focus on your work and your clients, safe in the knowledge that you are protected should a Claim or Potential Claim arise.

* This article was prepared by Andrew R. Jones, Esq., Partner in the New York City-based law firm Furman Kornfeld & Brennan LLP. Andrew’s practice focuses on professional liability and insurance coverage, including the direct defense of lawyers and other professionals, and advising insurers regarding professional liability (“errors and omissions”) insurance policies.  Mr. Jones has drafted various insurance policies for domestic and international insurers.  Andrew has advised on insurance coverage issues throughout the U.S. and internationally.  Andrew is part of a team of 15 lawyers devoted to the defense of attorneys and other professionals in malpractice, disciplinary and insurance coverage matters.  For more information about the above topic, the author or the firm, please visit: www.fkblaw.com.

[8] Various terms are utilized by insurers, including “prompt notice,” “soon,” “as soon as practicable.”

[9] As set forth above, the Courts now appear to be adopting a mixed “subjective/objective” standard.

[10] This outcome may be contrasted with a scenario in which the insurer determines that the insured lawyer affirmatively misrepresented certain facts on the insurance application.  In that scenario, the insurer may rescind (cancel) the insurance policy that was issued in reliance upon material representations.  See Chicago Insurance Co. v. Kreitzer & Vogelman, No. 97 Civ. 8619 (RWS), 2000 WL 16949, at *15 (S.D.N.Y. Jan. 5, 2000).