Did You Get That In Writing? Document the Evolving Attorney - Client Relationship Through the Use of Non-Engagement and Disengagement Letters
Be Wary of The Risks of Texting Clients 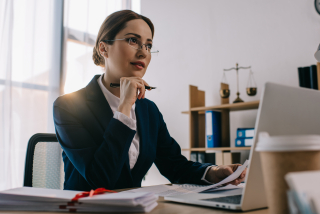 On June 30, 2021, the New York Appellate Division, Second Department reaffirmed well-established principles regarding claims against attorneys for legal malpractice and breach of contract, drawing a distinction between the two causes of action. In Denisco v. Uysal, 2021 N.Y. Slip Op. 04118, the Second Department reaffirmed that a party’s reliance on speculative damages is insufficient to establish the requisite proximate cause element of a legal malpractice claim. In Dubon v. Drexel, 2021 N.Y. Slip Op. 04119 (2d Dep’t 2021), the Second Department affirmed the dismissal of breach of contract and fraudulent inducement claims against an attorney but reinstated a breach of contract claim over a fee dispute, as these claims did not challenge the quality of the attorney’s legal work and were distinct from a legal malpractice claim.

This legal malpractice action arose from an underlying workers’ compensation claim in which plaintiff sought benefits when he allegedly fell from a ladder on a construction site while in the course of his employment. The Workers’ Compensation Board denied plaintiff’s claim for benefits where the employer’s insurance carrier presented evidence the plaintiff was not injured in the course of his employment, but rather injured himself when he jumped out of a moving car.

Plaintiff commenced a legal malpractice action against his attorney, alleging the defendant attorney failed to conduct adequate discovery, such as interviewing eyewitnesses to the accident as alleged by plaintiff, resulting in denial of plaintiff’s worker’s compensation claim. The Lower Court denied defendant attorney’s motion to dismiss for failure to state a cause of action pursuant to CPLR 3211(a)(7), reasoning that “while attorneys are free to select among reasonable courses of action in presenting a case without being liable for malpractice if the strategy chosen does not succeed . . . it cannot be determined at this pleading stage whether the actions and choices made by defendants as to how to proceed . . . were a reasonable exercise of the attorney’s judgment.”

The Second Department reversed the Lower Court’s decision, holding “plaintiff's allegations that the Judge who denied his workers' compensation claim . . . would have credited certain evidence, including the testimony of alleged eyewitnesses, if such evidence had been presented by the defendants were speculative and conclusory . . .” In so holding, the Second Department  recited the longstanding principle required to establish proximate causation in a legal malpractice action: “. . . a plaintiff must show that he or she would have prevailed in the underlying action or would not have incurred any damages, but for the lawyer's negligence . . . Conclusory allegations of damages or injuries predicated on speculation cannot suffice for a malpractice action, and dismissal is warranted where the allegations in the complaint are merely conclusory and speculative.”

This action arose from plaintiff’s (former client) fee dispute with defendant attorney in connection with plaintiff’s underlying divorce action. Plaintiff alleged two causes of action for breach of contract related to overbilling and one cause of action for fraudulent inducement in entering into the retainer agreement. The Lower Court granted defendant attorney’s motion to dismiss pursuant to CPLR 3211(a).

The Second Department affirmed the Lower Court’s dismissal of so much of the first cause of action for breach of contract, alleging the defendant attorney breached the retainer agreement by billing plaintiff for legal fees in excess of $100,000. Reciting the standard on CPLR 3211(a)(1) motion to dismiss on documentary evidence, the Second Department held the claim was “conclusively disposed of by the retainer itself, which did not contain a provision stating that the plaintiff's legal costs would not exceed $100,000 . . .” So too was the cause of action for fraudulent inducement dismissed, as plaintiff’s allegation that he was induced by defendant attorney’s statements that legal fees would not exceed $100,000 “clearly refuted by the language of the retainer itself.” The Court noted that plaintiff also failed to specifically plead the circumstances constituting the alleged fraud as required by CPLR § 3016(b).

*This article was prepared by Andrew Jones and Salvatore Lapetina of the New York City-based law firm of Furman Kornfeld & Brennan LLP. Andrew and Sal are part of a team of 42 lawyers and paralegals devoted to the defense of attorneys and other professionals in malpractice and disciplinary matters, as well as the defense of construction and personal-injury accidents. For more information about the above topic or authors, please visit: www.fkblaw.com  We trust that the article was useful and thought-provoking; however, please note that it is intended as a general guide and opinion only, not a complete analysis of the issues addressed, and readers should always seek specific legal guidance on particular matters.  For more information on LPL coverage generally, contact USI Affinity today.