Fortifying the Firm: How to Confront Digital Threats to the Modern Law Firm
Whose Burden Is It Anyway? Burden Shifting When Lack of Standing Is Asserted On A Motion To Dismiss 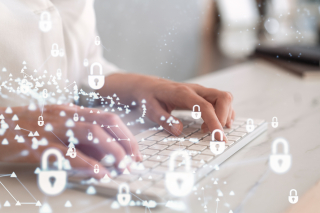 In Theroux v. Resnicow, 2021 NY Slip Op 50622(U) (Sup Ct, New York County 2021), the Supreme Court, New York County held that a defendant-attorney cannot withhold emails he exchanged with colleagues at his firm about the litigation he is party to, as the communications do not fall within the protection of the attorney-client privilege.

This case arises from an ongoing dispute between neighbors of a residential co-op building in the West Village neighborhood of Manhattan.  Plaintiff, actor Justin Theroux, and Defendants, Norman and Barbara Resnicow (collectively, “Defendants”), have been involved in continued litigation over, among other things, a shared roof deck.  Theroux previously sought to compel the production of numerous personal emails that Norman Resnicow (“Resnicow”) sent through his work email account.  Resnicow, a senior equity partner at the law firm of Fox Horan & Camerini LLP (“Fox Horan”), argued that many of the emails sought were shielded from disclosure by the attorney-client and spousal privileges.  In response, New York State Supreme Court Justice Gerald Lebovits ordered Defendants to produce all responsive and non-privileged emails Resnicow sent from his Fox Horan account, as well as a privilege log for those emails Defendants withheld on the grounds of attorney-client or spousal privilege.

In determining that the seven (7) emails were not sent between attorney and client, the Court made note of the fact that, save for Resnicow’s own conclusory statements, there were “no formal indicia an attorney-client relationship,” such as: (a) a letter of engagement or retainer agreement; (b) fees paid by Defendants to Fidel or Brodsky; (c) Fidel or Brodsky appearing on behalf of Resnicow in the action or any other, related matter; or (d) Fidel or Brodsky’s name appearing in any of the Defendants’ filings in the matter.  The court also noted that it could not imagine a legal-malpractice claim resulting from the assistance Fidel and Brodsky provided Resnicow, a consequence that would have been possible had either individual actually acted as Resnicow’s attorney.

Though no further analysis was necessary, as Resnicow failed to establish the communications were between attorney and client, the Court nevertheless also found that Defendants failed to establish that Resnicow’s emails with Fidel and Brodsky were for the purpose of obtaining or providing legal advice.  Discussing the six (6) emails between Resnicow and Fidel, the Court noted that Defendants’ privilege log (Defendants did not provide the Court with the actual emails) suggested Fidel merely performed assigned tasks, such as legal research, for Resnicow, his superior at the firm.  As to the seventh email, between Resnicow and Brodsky, a more senior attorney at Fox Horan, the Court disregarded Resnicow’s claim that said communication involved a more substantive discussion about Resnicow’s litigation strategy in the case, stating that, not having been given access to the actual email, it would not engage in speculation or conjecture over its contents.

As the Court of Appeals explained in Ambac Assur. Corp. v. Countrywide Home Loans, Inc., 27 N.Y.3d 616 (2016), “[t]he attorney-client privilege shields from disclosure any confidential communications between an attorney and his or her client made for the purpose of obtaining or facilitating legal advice in the course of a professional relationship.”

One should never assume that a communication is privileged merely because it involves an attorney on the one hand, and his or her client, on the other.  Simply sending an email to an attorney does not trigger the privilege and labeling a communication to your client as “attorney-client privileged” does not, in and of itself, protect it from disclosure.  Emails and other similar types of communications between attorney and client which do not specifically seek legal counsel, but instead merely contain an exchange of statements or facts, will not necessarily be covered by the privilege.  A client may not necessarily understand or appreciate this distinction.  Accordingly, attorneys should be mindful of the substance of their communications with their clients, especially if such communications do not contain any explicit or implicit request for legal advice.

Similarly, an attorney should never presume that communications with a colleague about a personal legal issue will fall within the attorney-client privilege, particularly if no formal attorney-client relationship exists between the two.  In such a scenario, it would be best to err on the side of caution and reserve all requests for legal advice to a formally retained attorney.  Either that or go through a series of steps to establish such a formal relationship with the colleague.  Otherwise, the attorney will run the risk of such communications being deemed discoverable.

*This article was prepared by Andrew Jones and Jessica Serrano of the New York City-based law firm of Furman Kornfeld & Brennan LLP. Andrew and Sal are part of a team of 42 lawyers and paralegals devoted to the defense of attorneys and other professionals in malpractice and disciplinary matters, as well as the defense of construction and personal-injury accidents. For more information about the above topic or authors, please visit: www.fkblaw.com  We trust that the article was useful and thought-provoking; however, please note that it is intended as a general guide and opinion only, not a complete analysis of the issues addressed, and readers should always seek specific legal guidance on particular matters.  For more information on LPL coverage generally, contact USI Affinity today.