Where it began, where it continues: Celebrating July 4th in Philadelphia
Law Firm Support Staff: Recognizing Their Role in Avoiding Legal Malpractice Claims

Cyber Liability - Trusted Partner or Criminal Hacker: Are you certain you can tell who sent the email? 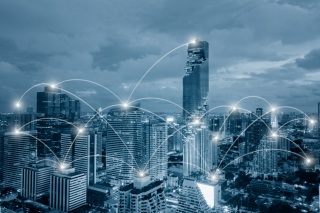 The continuing risk to law firms and their lawyers was highlighted once again late last month when the Warminster, Pennsylvania law firm, O’Neill, Bragg & Staffin, P.C.  filed a 55-page complaint against Bank of America Corporation alleging, inter alia, that the Bank breached its contractual obligations to the firm after funds contained in a firm Interest on Lawyer Trust Account (IOLTA account) were transferred to hackers.

The action arose out of an incident which occurred December 6, 2017.  It is an unfortunate story that we hear too often these days.

At 4:38 p.m. on Wednesday, December 6, 2017, Attorney Alvin Staffin received an email purportedly from his partner Gary Bragg asking if he was going to be in the office the next day as a client had a wire transfer that needed to be sent on a loan matter.  He advised that $580,000 needed to be wired by the client to the lender’s investment account in Hong Kong.  Over the course of the next 33 minutes, the “partners” exchanged several emails in which Mr. Staffin was provided wire transfer instructions and was advised from which IOLTA sub-account the funds were to be transferred.

The hacker was particularly sophisticated in that it addressed Mr. Staffin by his nickname, indicated familiarity with the matter at issue, provided the appropriate IOLTA sub-account information for the client and appeared to recognize that Mr. Bragg was not in the office at the time of the communications.

Mr. Daffin realized that the Firm’s email had been infiltrated by a hacker and contacted the Bank to notify it of the fraud and to stop the wire transfer.  Unfortunately, the wire transfer was completed and after pursuing the criminal actors, the Firm was only able to recover a small portion of the $580,000 that had been transferred from its clients’ IOLTA sub-accounts.

The firm filed suit against the Bank in the United States District Court for the Eastern District of Pennsylvania at 2:18-cv-02109 on May 18, 2018.  Specifically, the Firm alleges claims against the Bank for breach of its Escrow Control Account Agreement, Deposit Agreement and Disclosures and Telephone Wire Transfer Agreement;  various violations the Uniform Commercial Code as adopted by Pennsylvania; violation of Federal Reserve Regulations; negligence per se;  and negligence.

The Firm alleges that it had established  an IOLTA account with the Bank’s predecessor-in-interest.  In order to insulate each client’s assets from one another, the Firm segregated each client’s funds into a separate sub-account.  Despite the protections requested by the Firm, when the December 6, 2017 transfer request was made, the Bank transferred the entire $580,000 even though the IOLTA sub-account from which the transfer request was made only contained $1,900.  In order to make up for the overdraft, the Bank transferred the remaining funds from IOLTA sub-accounts set up for other clients.

The case raises many questions as to why and how the $580,000 wire transfer request was honored by the Bank when the IOLTA sub-account from which the request was made was significantly underfunded at the time of the transfer request.  While those issues will necessarily be addressed in the lawsuit, the December 6, 2017 event itself is another reminder to us that the danger and risk to lawyers in the cyber world are real and constant.

This issues raised by the unfortunate events of December 6, 2017, for the O’Neill, Bragg & Staffin Firm are particularly sensitive for lawyers and the practice of law.  Protection of client property and a lawyer’s IOLTA account is a necessity.  The Model Rules of Professional Conduct mandate the safekeeping of client property and mishandling of money held for clients has become one of the most common reasons for the imposition of serious discipline against lawyers.

The O’Neill, Bragg & Staffin Firm event reminds us to remain vigilant when it comes to protecting ourselves and our clients from cyber threats.  Always be cautious when communicating through email.  Be on the lookout for things such as:

In general, if you receive an email or request in an email that appears out of the ordinary or is in any way unexpected or unusual, take a close look at the details of the email.  Check the display name for misspellings or inconsistencies and confirm the sender before responding.   If you receive a request for confidential or sensitive information or are asked to do something relating to the same, particularly in relation to wire transfers, communicate the old fashioned way.  Pick up the phone and contact the purported sender to confirm the request before providing information or taking action.

This article was prepared by Holly Whalen , Esq. of Cipriani & Werner, P.C.  We trust that the above article was useful and thought provoking; however, please note that it is intended a general guide only, not a complete analysis of the issues addressed, and readers should always seek specific legal guidance on particular matters.