From Bates Stamping To Hashing - The Immeasurable Value Of Indexing Discovery 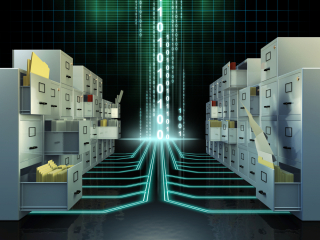 Discovery can be arduous and time consuming, made all the more taxing when the documents to be produced, or that have been produced, lack organization.  Indexing documents through bates stamping - and now newer technologies - generally helps ease discovery and litigation in general, reducing time and saving money for all parties.  Our daily lives and businesses can now produce a staggering amount of documents and electronically stored information (“ESI”).  The ability to index and exchange this information, while protecting its authenticity often requires a technology stronger than the traditional bates stamp.  Hash technology provides an alternative that may reflect the future of indexing and securing discovery production.

Additionally, while indexing is often only considered necessary for complex litigation where thousands of documents are being exchanged, it is also extremely useful in discovery for cases of all shapes and sizes.  Hash technology in particular not only allows for indexing of massive databases of information, but it also protects the authenticity of each individual document.  Being able to ensure an electronic file has not be altered and is authentic is important in discovery production, no matter the size or scale of the discovery exchange.

A Quick History of Bates Stamping

Bates stamping, or bates numbering gets its name from the “Bates Automatic Numbering-Machine” or bates stamper, which was patented by Edwin G. Bates in 1892 and 1901.1   Mr. Bates patented his technology allowing legal, medical, accounting, and other professional fields to index large groups of documents by stamping consecutive numbers on the each document.2   In its time, this technology was so ground breaking that Thomas Edison purchased the company!3   Today, bates stamps are generally added electronically, thus obviating the need for a stamping machine.  While bates stamping might be inadequate for larger productions incorporating extensive ESI, it is still useful in litigation requiring less extensive disclosure.  This is especially true when the discovery being exchanged is paper discovery or does not involve extensive ESI.

Usefulness of Indexing in Modern Litigation

Whether indexing is done through bates stamping or more modern technologies like hashing (discussed below), it remains important to modern litigation and discovery.  For example, regarding privilege, Federal Rules of Civil Procedure (“FRCP”) § 26 (b) (5) states, in relevant part:

(A) Information Withheld. When a party withholds information otherwise discoverable by claiming that the information is privileged or subject to protection as trial-preparation material, the party must:

(i) expressly make the claim; and

(ii) describe the nature of the documents, communications, or tangible things not produced or disclosed—and do so in a manner that, without revealing information itself privileged or protected, will enable other parties to assess the claim.

Federal Courts have accepted production of a privilege log satisfies FRCP § 26 (b) (5).4   Some Courts have gone as far as holding a “party is required to submit a privilege log when asserting a privilege as to any otherwise discoverable material.”5   Thus a privilege log is of utmost importance when failure to follow the requirements of FRCP § 26 (b) (5) can result in the waiver of privilege.6   Production of a privilege log is greatly eased by use of indexing such as bates stamping or hash technology because a litigant can document the specific pages to which they are claiming privilege while providing the remainder of the discovery to opposing counsel.  Whatever the holding of the district you are practicing in, in order to properly produce a privilege log, it is necessary index the documents through bates stamping or another more modern method.  Once indexed, you can then describe the documents sufficiently to assert privilege and document clearly which materials are being claimed as privileged, which in turn can make the Court’s life easier.

Indexing technologies have other uses in litigation.  Indexing is useful in discovery disputes.  When an opposing party claims they have not received a specific document, the indexed page (bates stamped or otherwise) can be pointed to as part of the indexed documents produced.  A further use for indexing is at depositions, when describing certain exhibits on the record, the indexed number can be referenced ensuring a clear record and that all parties understand the document(s) being referenced (it is still common and widely considered good practice to have pre-printed copies of all exhibits for opposing counsel at depositions).

What is a Hash and how is it useful?

A “hash” is a mathematical encryption algorithm that generates a value to identify or index a larger grouping of information.7   Bates stamping can be described as a low tech form of hashing.  You are taking a large group of information, the document, and assigning a number (or hash) to the document, the bates stamp.  Another way to think of hashing is the example of assigning student identification numbers to all of the students at a university.8

Worldwide, there are 270 billion emails sent each day!9   This staggering number means the amount of information that needs to be exchanged in discovery is growing exponentially.  Hash technologies provide an avenue to index and secure large and small document productions.10   Modern e-discovery hash technologies provide an encryption code to each unique electronic file.11   If the file is altered, a new hash would automatically be created for the new file.12   Thus, Hash technology serves to both index and secure electronic discovery.  The file/document cannot be changed without a new hash being created.  As the discovery and exchange of ESI becomes more common place, the usefulness of hash indexing will become more prominent.  The usefulness of hash indexing is not limited to large discovery exchanges, as hash indexing will ensure the authenticity and security of records exchanged between parties.

Regardless of the level of sophistication, a system of indexing should generally be used in connection with document productions of all shapes and sizes.  Increasingly, technologies more advanced than the humble bates stamp will seemingly become commonplace.  The 2006 amendments to FRCP § 34 were made to include ESI as part of the information available to be requested during discovery.13   This reflects the reality that ESI is, and will continue to become, more prevalent in discovery.  The amount of information, documents and data that will be exchanged in discovery will only continue to increase.  While bates stamping has served the roll of indexing well for over 100 years, it cannot handle the volume created by ESI.

We expect the growth of ESI and the demand for hash indexing (or another equally capable technology) to spread as the costs associated with the implementation of the technology decrease.  As ESI becomes more readily accessible and necessary in litigation (be it complex business litigation or a hit in the rear car accident), the modern litigation attorney would be wise to develop a healthy understanding of what hash indexing is and how to implement it into his/her daily practice.

This article was prepared by Andrew R. Jones, Esq. and Corey M. Cohen, Esq. of the New York City-based law firm of Furman Kornfeld & Brennan LLP.  Andrew and Corey work as part of a team of 15 lawyers devoted to the defense of attorneys and other professionals in malpractice and disciplinary matters, as well as advising insurers in professional liability matters, including insurance coverage and litigation.

For more information about the above topic or the authors, please visit: www.fkblaw.com.

We trust that the above article was useful and thought provoking; however, please note that it is intended a general guide only, not a complete analysis of the issues addressed, and readers should always seek specific legal guidance on particular matters.  For more information on LPL coverage generally, contact USI Affinity today.