Appellate Court Decision Illustrates Special Importance of "Proximate Cause" in Legal Malpractice Actions, and Creating a Record of a Client's Assent to Important Decisions 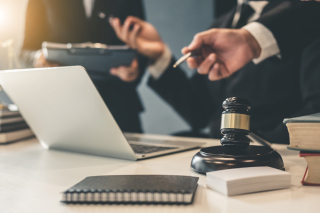 It is “black-letter law” in New York that the four elements a plaintiff must plead and prove to succeed on a legal malpractice claim are: (1) the existence of an attorney-client relationship; (2) negligence on the part of the attorney or some other conduct in breach of that relationship; (3) that the attorney’s conduct was the proximate cause of the injury to the plaintiff; and (4) that plaintiff suffered actual and ascertainable damages. See Carmel v. Lunney, 70 N.Y.2d 169 (1987).

However, of special importance is proof of the “case within a case” requirement necessary for a plaintiff to establish that the attorney’s negligent conduct proximately caused plaintiff’s injuries. If a plaintiff cannot prove that but-for the attorney’s conduct, that he or she would have succeeded in the underlying action, or (in transactional matters) otherwise would have achieved a better result, the legal malpractice claim will be dismissed regardless of a plaintiff’s ability to establish the remaining three elements. In fact, in many cases New York courts commonly address proximate causation without even delving into remaining components of the legal malpractice analysis in detail, particularly in pre-answer dismissals.

Importantly, this type of analysis by the Courts in both jurisdictions becomes much more easily facilitated when there exists a documentary record of Plaintiff’s understanding of, and agreement to choices made in litigation, and/or terms of a contract.

In Knox, the plaintiff brought a lawsuit in Supreme Court, New York County against her former attorneys, Aronofsky, Meyefsky & Sloan, LLP (“AMS”), and successor counsel Fredman Baken & Kosan, LLP (“FBK”), who both represented her in an underlying matrimonial action, alleging legal malpractice, breach of fiduciary duty, fraud, and violation of Judiciary Law § 487. The Supreme Court granted the CPLR § 3211 pre-answer motions to dismiss by AMS and FBK to the extent that it dismissed the breach of fiduciary duty, fraud, and Judiciary law claims, but denied AMS’ motion to dismiss the legal malpractice claim. The Appellate Division, First Department subsequently reversed the lower Court’s denial of AMS’ legal malpractice claim, while affirming the remainder of the lower Court’s decision.

AMS represented the plaintiff from February through October 2013, and Defendant FBK thereafter represented plaintiff from January 2014 through June 2015. While represented by AMS, plaintiff entered into a temporary stipulation with her husband, which gave plaintiff and the couple's infant daughter exclusive occupancy of the couple's Manhattan apartment and set a schedule for visitation with the husband. However, after obtaining her husband’s consent, plaintiff moved with her child to Greenwich Connecticut in what was to be a temporary measure for her to recover from foot surgery.

Thereafter, while plaintiff was represented by FBK, the parties entered into a stipulation of settlement, and were subsequently allocuted on the record, stating that they understood and were satisfied with the settlement and with their attorneys' representation. The settlement provided for joint legal custody of the child and required Plaintiff to move back to Manhattan "no later than September 1, 2014." This obligation was deemed a "material term" of the settlement, and plaintiff agreed to pay any fees incurred in enforcing this term. The agreement further dictated that the husband was required to pay FBK's legal fees in the sum of $20,000 on plaintiff's behalf, and that Plaintiff was otherwise "solely responsible for all legal and professional fees” incurred in connection with the matrimonial action.

Plaintiff thereafter failed to return to Manhattan by the stated deadline under the settlement, and consequently her husband successfully moved to compel her return, obtain sole custody, and for plaintiff to pay his attorneys’ fees. She then proceeded to sue her former attorneys, alleging that AMS was negligent in two respects: 1) that AMS failed to move for an attorneys’ fees in the underlying matrimonial action resulting in her failure to receive an award to pay her attorneys; and 2) that AMS permitted her to move to Connecticut, for which she sought damages in connection with defending her husband’s motion to compel her return to New York and future legal actions to recover custody.

The First Department held that AMS was not negligent in failing to move for attorneys’ fees, given that successor counsel FBK had ample time to do so. More importantly, the Court noted that even if AMS was negligent, that by agreeing as part of the settlement to forego any award of attorneys’ fees beyond the $20,000 she received in in the settlement, plaintiff could not possibly prove that but-for AMS’ conduct she would not have had to pay her own attorneys’ fees.

With respect to the alleged advice permitting plaintiff to move to Connecticut, the Court declined to discuss the issue of liability, holding that “[a]gain, this claim fails because plaintiff's alleged damages were not proximately caused by any advice given by AMS, but rather by her own subsequent failure to comply with the terms of the settlement.”

The Appellate Division affirmed dismissal of the breach of fiduciary, fraud and Judiciary Law claims as duplicative of the legal malpractice cause of action, and the dismissal of all claims against FBK as barred by res judicata, given that they were previously litigated as a counterclaim in a fee dispute between FBK and Knox.

Conclusion
There are several important lessons that attorneys in all areas of practice can take from this decision and others in the long line of New York - and Pennsylvania - case law establishing the importance of proving proximate cause in legal malpractice. Most important of all is the significance of creating a written record demonstrating that a client understands what he or she is agreeing to, when consulted on strategy or advised with respect to entry into a particular agreement. As is evident in Knox and others legal malpractice cases involving underlying matrimonial actions, where a former client enters into a stipulation of settlement and is allocuted on the record, stating that they understand and agree to its terms and are satisfied with their attorneys’ representation, it practically obviates in-depth discussions of liability. See Janker v. Silver, Forrester & Lesser, P.C., 135 A.D.3d 908, 24 N.Y.S.3d 182 (2d. Dept. 2016); Schiller v. Bender, Burrows & Rosenthal, LLP, 116 A.D.3d 756, 983 N.Y.S.2d 594 (2d Dept. 2014); Harvey v. Greenberg, 82 A.D.3d 683, 683, 919 N.Y.S.2d 519 (1st Dept. 2011). Courts merely have to review the transcript to understand that there is no liability and a prospective plaintiff who violates the terms of the settlement causes their own damages resulting therefrom.

Where a client is clearly made aware of what he/she is agreeing to, such as in an allocution, it makes it very difficult for a plaintiff to argue negligence and causation when they have communicated satisfaction with their attorneys’ performance and that their desires were fulfilled. This can be effectuated by emailing clients after phone calls and in-person meetings memorializing conversations had between attorney and client, and ensuring the Plaintiff’s understanding of what was discussed. While this need not be done in every case, it is a good practice to do so when substantive conversations are held between attorney and client, particularly when they pertain to sensitive matters that are important to the client.

Lastly, where, as AMS chose to do in Knox, an attorney or firm wishes to withdraw from representation, make sure to take any necessary actions to protect their client’s rights and move for extensions where necessary, so that successor counsel is not placed in a time crunch or forced into a situation where deadlines will be missed. When successor counsel has no mess to clean up and plenty of time to take various strategic courses of action, their representation can act as an intervening cause should a former client later become unsatisfied and seek to pursue claims against original counsel.

This article was prepared by Andrew Jones and Jason Kayne of the New York City-based law firm of Furman Kornfeld & Brennan LLP. Andrew and Jason work as part of a team of 15 lawyers and paralegals devoted to the defense of attorneys and other professionals in malpractice and disciplinary matters, as well as the defense of construction and personal-injury accidents. For more information about the above topic or the authors, please visit: www.fkblaw.com.

We trust that the above article was useful and thought-provoking; however, please note that it is intended as a general guide and opinion only, not a complete analysis of the issues addressed, and readers should always seek specific legal guidance on particular matters.

Posted at 11:24 AM in Professional Liability Insurance | Permalink | Comments (0)