International Women's Day 2019: Women in Law
St. Patrick’s Day: The story at the end of the rainbow

Ready to “Sham-rock” and Roll this St. Patrick’s Day? 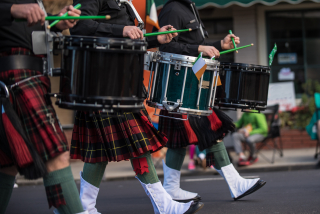 St. Patrick’s Day celebrations take place all over the U.S., U.K., and Ireland. Here are our three top picks for celebrations, one of which takes you to the birthplace of the holiday:

The city of Chicago is well-known for its St. Patrick’s Day celebrations and 2019 is shaping up to be no different. Every year, the city dyes the Chicago River green in honor of the holiday. This year, there is a series of events going on all through the month of March, from three different parades around the city (including the Downtown St. Patrick’s Day Parade) to the Shamrock Shuffle.

Though the life of St. Patrick as the patron saint of Ireland has been celebrated for over 1,000 years, St. Patrick’s Day festivals and parades were an American concept that made their way back over to the Emerald Isle. Today, Dublin plays host to a multiday festival annual in commemoration of the holiday. 2019’s festival will run from March 14th through the 18th and will include a variety of events, such as the Alltech Craft Brews & Food Fair and the St. Patrick’s Festival Parade.

New York City St. Patrick’s Day Parade is a longstanding tradition and attracts millions people each year to participate and spectate. According to History.com, the very first St. Patrick’s Day Parade was held in New York City in 1762. This first parade included Irish ex-patriots and Irish military members who were serving at the time with the British Army in New York, according to the NYC Saint Patrick’s Day Parade website. The parade was an opportunity for the Irish participants to show pride for their country at a time when they were otherwise not able to do so freely. Today, the nearly 257-year-old parade tradition continues to serve as a symbol of pride for those of Irish descent currently in the U.S.

What St. Patrick’s Day celebrations are happening near you? Wherever and whenever you decide to travel, don’t rely on the luck of the Irish to protect your trip! Make sure to pack your travel protection plan to cover your trip investment and protect yourself away from home. Visit your New York State Bar Association Insurance  to view the travel insurance plans available and get a free quote.