Coronavirus: What You Need to Know Before You Travel
Insure Your Love 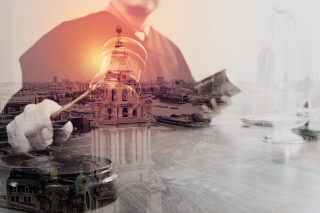 The motion court rejected Plaintiff’s argument that the statute of limitations should be tolled because she was unable to protect her legal rights by reason of disability or insanity, based on multiple hospitalizations for manic episodes and her continued “inability to function.” Id. at 8. Plaintiff relied on CPLR 208, which permits the statute of limitations to be tolled if a person “is under a disability because of infancy or insanity at the time the cause of action accrues.” CPLR 208. The statute, however, does not provide a definition of insanity, and the motion court turned to the legislative history of CPLR 208 and case law for guidance. The court cited McCarthy v. Volkswagen which stated, “we believe that the Legislature meant to extend the toll for insanity to only those individuals who are unable to protect their legal rights because of an overall inability to function in society.” McCarthy v. Volkswagen of America, Inc., 55 NY2d 543, 548 (N.Y. 1982). Plaintiff insisted that the Court must hold a fact-finding hearing if there is any doubt about plaintiff’s mental disability, but the motion court rejected that argument. Defendants’ met their initial burden to establish that Plaintiff’s claims were time-barred, but the Plaintiff failed to “aver evidentiary facts establishing that the case falls within an exception to the statute of limitations.” Rosenfeld v. Schlecker, 5 AD3d 461, 461, 772 NYS2d 596 (Mem) (2d Dept 2004). Specifically, the court noted that “Plaintiff did not submit an affidavit explaining the severity of her condition during the applicable time period, or an affidavit from a doctor about her mental condition or even any medical records sufficient to toll the statute of limitations long enough to make her claims timely.” Okello at 8.

Ultimately, the motion court found that Plaintiff’s causes of action for legal malpractice, violation of Judiciary Law §487, negligent misrepresentation and negligent infliction of emotional distress were time-barred as they accrued on September 10, 2013, and Plaintiff did not commence the action until May 31, 2017, over eight (8) months after the application three (3)-year statute of limitations had already expired. Plaintiff appealed.

The First Department unanimously affirmed the motion court’s decision on appeal. The Court held that the motion court properly rejected Plaintiff’s argument that the statute of limitations was tolled pursuant to CPLR 208, without holding a hearing. The First Department reasoned that “Plaintiff failed to put forth any evidence that would support a finding of disability or insanity sufficient to show that plaintiff was unable to function in society (see Santo B. v Roman Catholic Archdiocese of N.Y., 51 AD3d 956, 958 (2d Dept 2008)). In particular, she did not submit any doctors’ affidavits or medical records documenting the severity of her condition (see Matter of Brigade v Olatoye, 167 AD3d 462 (1st Dept 2018); Santana v Union Hosp. of Bronx, 300 AD2d 56 (1st Dept 2002)). Moreover, the record does not show that plaintiff was incapable of protecting her legal rights despite her mental health diagnosis (see Burgos v City of New York, 294 AD2d 177, 178 (1st Dept 2002)).”
A full copy of the First Department’s Decision can be found here.

First, the decision serves as a reminder that CPLR 208 is applicable to legal malpractice cause of actions. Therefore, the statute of limitations may be tolled by reason of a plaintiff’s disability or insanity.

Second, it interprets the ambiguous language found in CPLR 208, specifically the meaning of “insanity”. The Court’s definition of “insanity” imputes a high burden on a plaintiff to show that the plaintiff was “unable to function in society” during the time plaintiff contends he or she was “insane”.

Finally, Jemima O. establishes the evidence a plaintiff must present for a court to even consider a plaintiff’s contention that the statute should be tolled based on the plaintiff’s “insanity” (doctors’ affidavits, medical records documenting the severity of her condition).

This article was prepared by Samantha Panny and Andrew Jones of the New York City-based law firm of Furman Kornfeld & Brennan LLP. Samantha and Andrew are part of a team of 36 lawyers and paralegals devoted to the defense of attorneys and other professionals in malpractice and disciplinary matters, as well as the defense of construction and personal-injury accidents. For more information about the above topic or authors, please visit: www.fkblaw.com