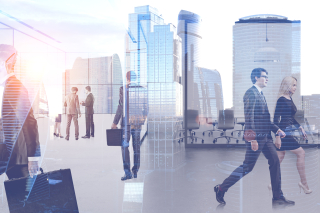 This legal malpractice action arose from an underlying case in which Marder’s Antique Jewelry (“Marders”) attempted to recover jewelry or its relative monetary value from another party. In the underlying action, it was alleged that Marders lent jewelry to another party and then retained the services of David I. Bolton Esq. (“Bolton”) to recoup it once it was learned that the jewelry had been pawned without Marders’ consent. Bolton allegedly told Plaintiff that they could recoup the jewelry by either (a) paying the loans associated with the pawn or (b) retaining Bolton, who would then institute an action against the party who pawned the jewelry and the party who was now in possession of it. Marders chose the second option and an action was instituted.

Bolton obtained a temporary restraining order which restricted the further sale of the jewelry. Soon thereafter, the parties reported to the Court that the case had settled when, in reality, it had not been as negotiations failed. The Court, based upon this submission, marked the case “disposed.” Approximately two years later, Marders received a letter from the possessor of the jewelry indicating their intent to sell it and Bolton moved to restore the case to active status, but failed to request a reinstatement of the injunction and the jewelry was sold. Marders then fired Bolton and hired new counsel who reached a settlement.

Marders then brought a legal malpractice action against Bolton for his delay in bringing a motion to restore and a reinstatement of the stay preventing the sale of the jewelry. Marders’ other allegations include that Bolton failed: in completing discovery, to timely file a note of issue, and in allowing the case to get marked “settled” in error.

Bolton moved for Summary Judgment under the theory that Marders failed to prove how his actions and delay in restoring the underlying case caused damages to Marders – i.e., the failure of the proximate cause element – because Marders was still in a possession to recover the monetary value of the items lost.

The Lower Court rendered a decision granting the Motion for Summary Judgment. The Court restated the generally held proposition that a legal malpractice action must include the element that “…the attorney's breach of [his] duty proximately caused plaintiff to sustain actual and ascertainable damages. To establish causation, a plaintiff must show that he or she would have prevailed in the underlying action or would not have incurred any damages, but for the lawyer's negligence.”

The Lower Court reasoned that, despite Bolton’s alleged delays, Marders was still in a position to recover the monetary value of the jewelry and Bolton’s action could not have been a causal factor in their damages.

The First Department unanimously affirmed the Lower Court decision and re-affirmed the causal element of a legal malpractice action: “…assuming they were negligent in delaying prosecution of the underlying case against the cousin and the lender, plaintiff is unable to demonstrate that the delay proximately caused any damages, or that but for the alleged malpractice delay it would have obtained a more favorable result…”

Hilario Dominguez (“Dominguez”) was injured in an accident when machinery struck his leg. Dominguez hired Mirman, Markovits & Landau, P.C. (“Mirman”) to prosecute this claim and Mirman commenced an action sounding in common-law negligence and violations of the Labor Law against the owner of the property where the accident occurred along with other named defendants.

Following the discontinuance of the above personal injury action, Dominguez instituted an action against Mirman for legal malpractice arguing that, but for the actions of Mirman, he would have obtained a more favorable result. Mirman moved for Summary Judgment to dismiss this legal malpractice action and the Lower Court granted the Motion.

The Second Department affirmed the decision of the Lower Court dismissing the action against Mirman and stated that the facts of the case did not support Labor Law causes of action against the property owner – i.e., that the circumstances of the accident could not support an action against the property owner and Mirman’s actions related to motion practice was not a casual factor in the end result of Dominguez’s claim. The Second Department explained how the Mirman’s action did not proximately cause any loss to Dominguez given the undisputed facts of the underlying action that Mirman was required to work with.

These cases reaffirm an important principle that should be given considerable deliberation in any legal malpractice action. That is, even if a plaintiff’s allegation is taken as true and a defendant-attorney’s actions were a breach of his duty to his client, the plaintiff must still prove that these alleged failures were the proximate cause of his alleged loss. Thus, the analysis of a legal malpractice must not end if it is found that a defendant-attorney committed malpractice but should be taken one step further to determine whether there is a causal connection between the malpractice and the claimed loss.

This article was prepared by Andrew Jones and David Steinbruck of the New York City-based law firm of Furman Kornfeld & Brennan LLP. Andrew and David are part of a team of 36 lawyers and paralegals devoted to the defense of attorneys and other professionals in malpractice and disciplinary matters, as well as the defense of construction and personal-injury accidents. For more information about the above topic or authors, please visit: www.fkblaw.com We trust that the article was useful and thought-provoking; however, please note that it is intended as a general guide and opinion only, not a complete analysis of the issues addressed, and readers should always seek specific legal guidance on particular matters.