Whose Burden Is It Anyway? Burden Shifting When Lack of Standing Is Asserted On A Motion To Dismiss 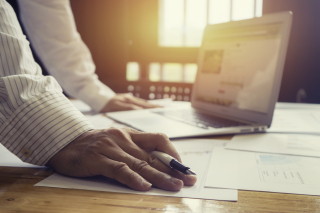 At the outset of litigation, a New York court may be called upon to determine whether a person seeking relief from the court is a proper party to request adjudication. This important aspect of a person’s ability to seek relief in court is referred to as standing - a threshold determination that allows a litigant access to the courts to adjudicate the merits of a particular dispute.[1] Thus, the affirmative defense of lack of standing is well-known powerful tool in a defense lawyer’s arsenal when considering a motion to dismiss. Not so well-known, however, is that asserting a lack of standing defense on a motion to dismiss calls for a different analysis than asserting a lack of standing defense at trial. On a motion to dismiss, the burden is initially on a defendant to establish, prima facie,  the plaintiff lacks standing to commence a lawsuit, and when the burden shifts to the plaintiff, the plaintiff’s burden is merely to raise a question of fact; not establish standing as a matter of law. The Appellate Division, Second Department, highlighted the burden shifting analysis of the lack of standing defense on a motion to dismiss in the recent case, Golden Jubilee Realty, LLC v. Castro, 196 A.D.3d 680 (2nd Dep’t 2021).

Therefore, whenever a lack of standing defense is asserted, lawyers asserting the defense should be aware of the burden on each party during each stage of the lawsuit. Another important takeaway from Golden Jubilee is when assessing whether to assert a defense of lack of standing, defense lawyers should carefully check the status of the bankruptcy proceeding to determine whether the plaintiff’s causes of actions have been disclosed as an asset of the estate and whether the bankruptcy proceeding has been dismissed.

On December 29, 2017, Golden Jubilee commenced a lawsuit for legal malpractice against Pacht and Castro and later amended the complaint to allege causes of action to recover damages for tortious interference with a contract.[8] Golden Jubilee’s amended complaint alleged that Pacht drafted and executed the contract without the approval of a majority of Golden Jubilee’s members and that, despite being aware of the availability of this defense, Castro failed to assert the defense in Karpen’s specific performance action for the sale of the property.[9] In addition, the amended complaint alleged that both Pacht and Castro knowingly engaged in unauthorized representation because they were aware that the retention as the respective transactional and litigation attorneys for Golden Jubilee occurred without the approval of a majority of Golden Jubilee’s members.[10]

The Appellate Division, Second Department, reversed the Supreme Court after an analysis of the respective burdens on defendants and plaintiffs when addressing a motion to dismiss based upon a lack of standing defense. Citing Deutsche Bank Trust Co. Americas v. Vitellas, 131 A.D.3d 52 (2d Dep’t 2015), the Second Department determined that while Pacht and Castro initially met their burden to establish, prima facie, Golden Jubilee’s lack of standing based upon the Golden Jubilee’s failure to list the legal malpractice claims in the bankruptcy petition, Golden Jubilee’s submissions in opposition to the motions, raised a question of fact. Specifically, the Second Department determined that because the bankruptcy petition was dismissed in January 2017, “all property owned by Golden Jubilee,” including the legal malpractice claim against Pacht and Castro, raised a question of fact about whether the legal malpractice claim “revested with Golden Jubilee upon dismissal of the bankruptcy petition[.]”[12]

A full copy of the Appellate Division, Second Department’s, Decision can be found here.

Given that standing is an important threshold issue for courts to address generally at the outset of a litigation, defense lawyers may assume—incorrectly—that the plaintiff has a burden to establish standing as a matter of law in opposition to a motion to dismiss pursuant to CPLR § 3211(a)(3) based upon a lack of standing defense. Golden Jubilee is a reminder to defense lawyers that the burden on a plaintiff in opposition to a motion to dismiss a defense of lack of standing is fairly low and merely requires a question of fact to be raised. While Golden Jubilee addresses the shifting burden during a motion to dismiss, on a plaintiff's summary judgment motion, or at trial, where a plaintiff's standing is placed in issue by the defendant, the burden is on the plaintiff to prove its standing to be entitled to relief.[13]

Therefore, whenever a lack of standing defense is asserted, lawyers asserting the defense should be aware of the burden on each party during each stage of the lawsuit. The shifting burden should be clearly articulated to the client at each stage of the litigation so that that the client has a thorough understanding that even if lack of standing can be established on a motion to dismiss, the plaintiff may ultimately rebut the defense on a motion to dismiss by merely raising a question of fact.

* This article was prepared by Spencer Richards and Andrew Jones of the New York City-based law firm of Furman Kornfeld & Brennan LLP. Spencer and Andrew are part of a team of 36 lawyers and paralegals devoted to the defense of attorneys and other professionals in malpractice and disciplinary matters, as well as the defense of construction and personal-injury accidents. For more information about the above topic or authors, please visit: www.fkblaw.com  We trust that the article was useful and thought-provoking; however, please note that it is intended as a general guide and opinion only, not a complete analysis of the issues addressed, and readers should always seek specific legal guidance on particular matters.   For more information on LPL coverage generally, contact USI Affinity today.